At the start of building in 2009 the huge Kö-Bogen [Kö refers to Düsseldorf’s main shopping street, the famous Königsallee] was the biggest German city centre building project and one of the biggest in Germany with investments far exceeding 400 million euros. With its height of 26 metres on a land area of 9,000 square metres in the city centre and curved arcade, it is already regarded as a style icon – a complex urban architectural concept which reflects on the historic features of Düsseldorf’s centre.

The future orientated subject of sustainability is very present both outside and within the building and was also very important in the planning of the Kö-Bogen – both for the project developer as well as the city of Düsseldorf. The aquatherm products fulfilled the very high standards with view to the environment and sustainability and the company is very proud to also be represented in this project.

The aquatherm red pipe system has been built into the ceiling on three storeys of the Kö-Bogen for which the pipes were cast in concrete. All the necessary pipes including supply pipes were pre-fabricated according to designs in aquatherm manifold construction, tested for tightness in Attendorn and a welding report compiled. The products were then supplied to Düsseldorf where they were built in.

A total of approx. 3,400 sprinkler connections and 6,500 pipe metres including the moulded components were built into 25 building sections and the building time also included the winter months. The pressure testing of the pipes, therefore, involved a water-glycol mix to prevent the piping being damaged by the frost. The number of sprinklers was so high as the project had the luxury of having these double which means that the so-called area of coverage can be kept even if there are building changes in the rooms later on e.g. if walls are moved. 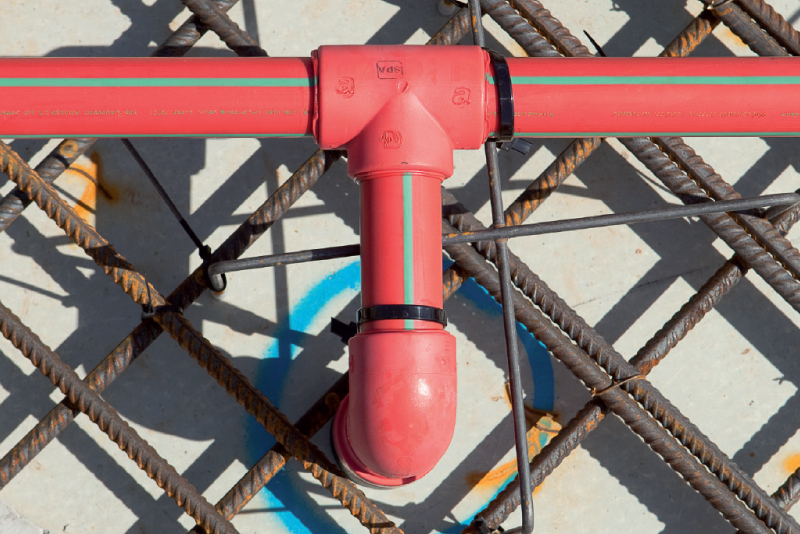 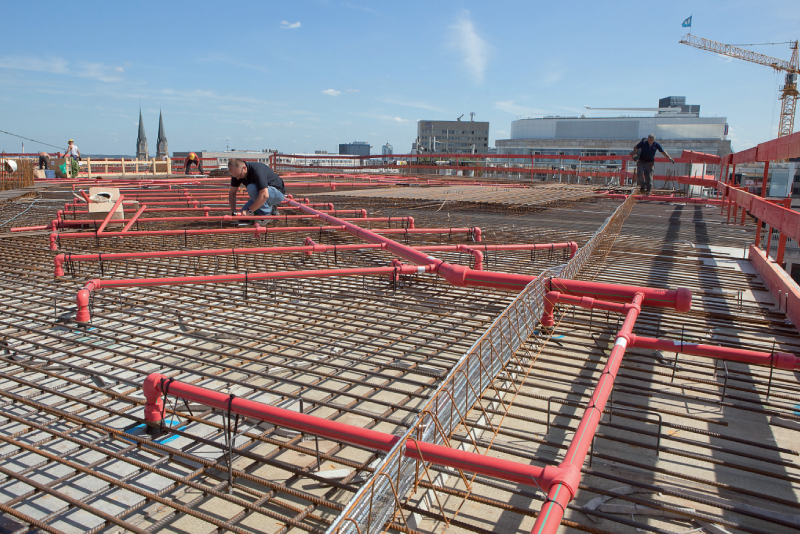